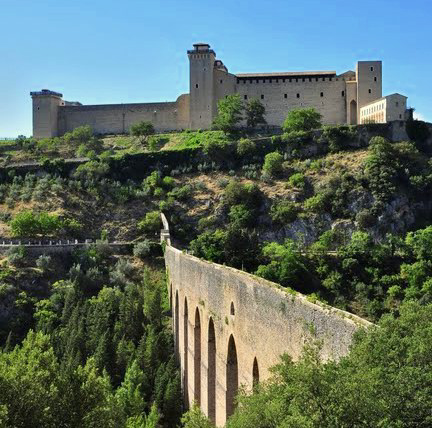 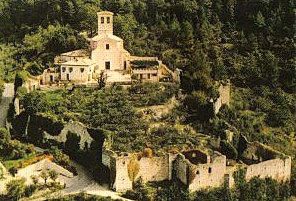 Limestone houses huddle around the thousand-year-old castle of Campello Alto. On the hills from Spoleto to Assisi, a line of towers overlooks the wide Valle Umbra: Eggi, Bazzano, Poreta, Campello, Pissignano, Trevi, Spello. They were built to guard something much older: the Roman Via Flaminia, principal route from Rome to the northern Adriatic. The bright, cheerful aspect of these villages contrasts sharply with the strife they experienced during the long medieval era. 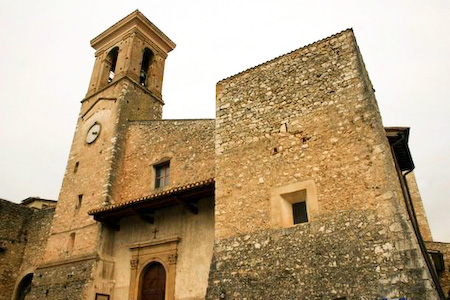 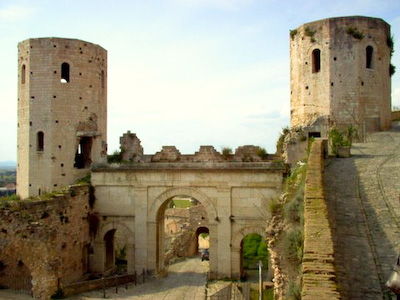 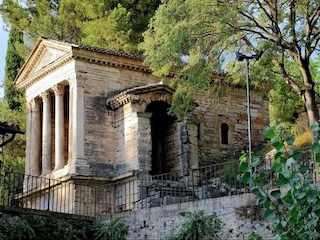 We’ll walk from castle to castle through terraced olive orchards that cascade down the hills, enjoying a succession of grand vistas over the valley. The ancient spring of the Clitumnus River, celebrated by poets from Virgil to Byron, appears as a patch of bright green vegetation below Campello Alto. In the evening we’ll stop there for a cool drink and a moment of reflection. 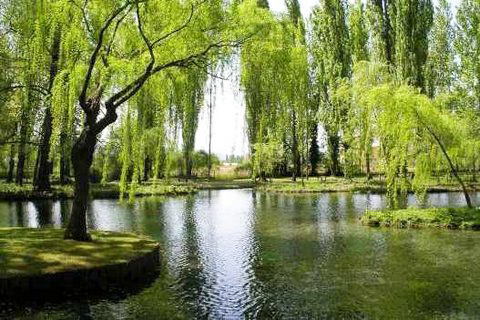 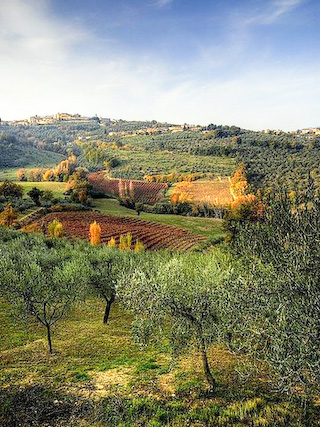 Further out in the valley are Bevagna and Montefalco, surrounded by some of Italy’s best-known vineyards. In both towns we’ll admire well preserved medieval centers with beautiful art and architecture and the colorful handiwork of skilled artisans. An afternoon can be pleasurably spent strolling through the vineyards, with stops along the way to sample local food and wines. 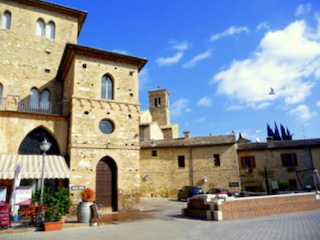 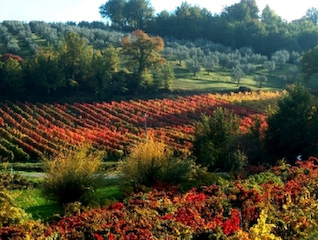 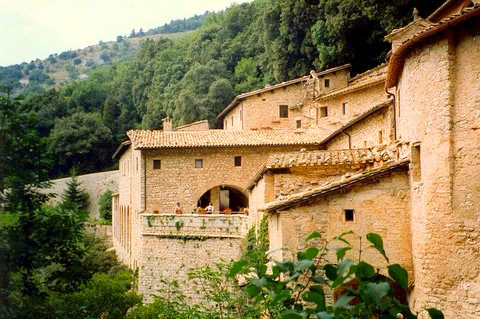 Like many of these towns, Assisi had Roman origins and an eventful medieval life. Birthplace of Saint Francis, the “City of Peace” is the destination of an annual peace march originating in nearby Perugia. But its two medieval fortresses remind us that it has played other roles in the past. A UNESCO World Heritage Sites, it boasts famous churches and castles, wonderful art, and the Eremo delle Carceri, a lovely monastery above town where Saint Francis preached to the birds. A sunset walk at the Eremo is unforgettable. 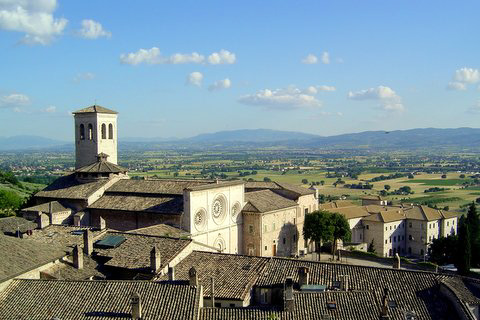 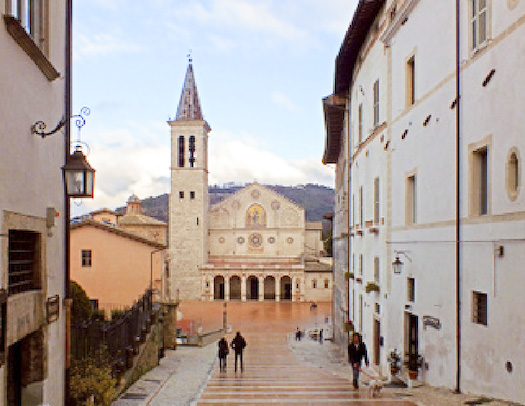 Spoleto, another Roman town, became a powerful political and military center in the middle ages. Its huge fourteenth-century fortress, a stronghold of the Papal States, was embroiled in power struggles among the aristocratic families vying for control of the papacy. Lucretia Borgia was one of its famous occupants.

Just east of Spoleto is the Valnerina, where the crystal-clear Nera River flows among picturesque villages and rocky outcrops. Worth visiting are the towns of Vallo di Nera, Sant’Anatolia di Narco and Monteleone, site of one of Italy’s most important archaeological finds—a magnificent Etruscan chariot, now in the Metropolitan Museum in New York. An excellent copy remains at Monteleone. 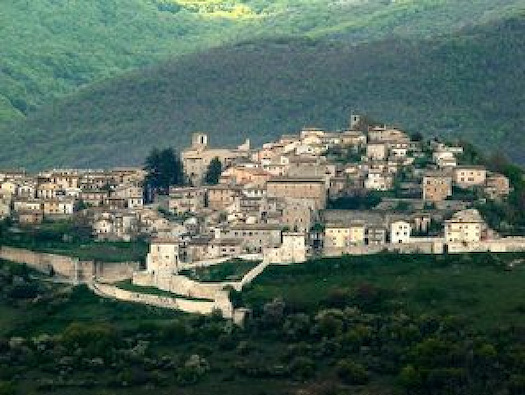 Umbria is renowned for its olive oil, black truffles, ancient grains like spelt, and all types of delicious meats. We’ll have the opportunity to savor them all in some of the area’s most characteristic restaurants. 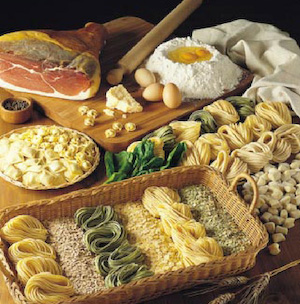 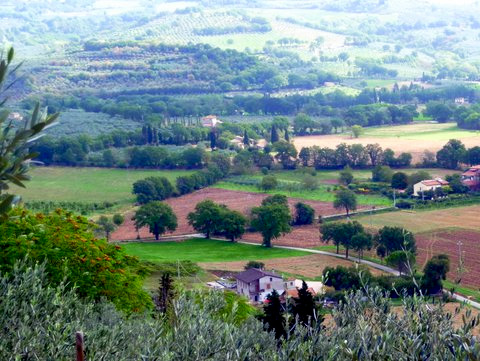 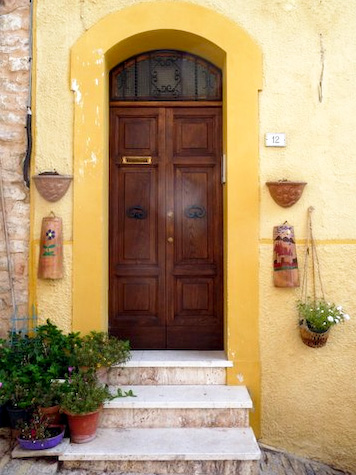 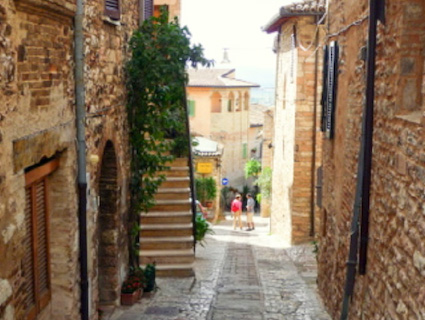 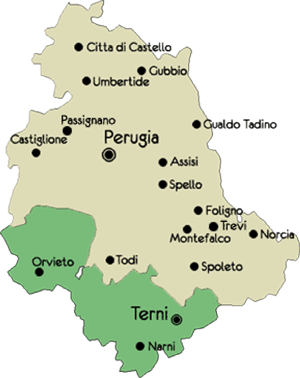 four-guest minimum; six maximum
(groups less than four may join with another group)

Booking: a deposit of $500 per person will hold your space. For best availability, early booking is suggested.

Best times to visit Umbria are late spring and early fall, when the weather is ideal for walking.

Please write to me for more information.

Be sure to write if you have questions. All trips can be adapted to your party’s needs and interests. I’m here to help.

Want to create your own Italian adventure? Get inspired at www.romanroadwalks.com