Secrets of the Cimini Forest 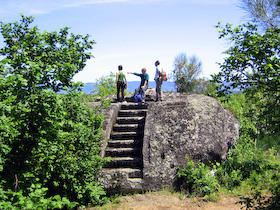 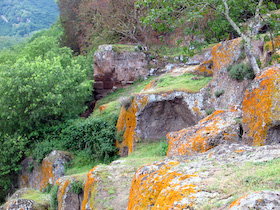 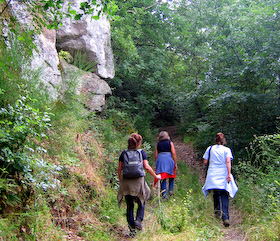 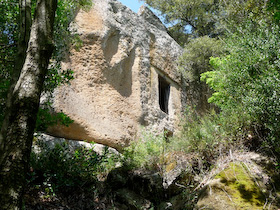 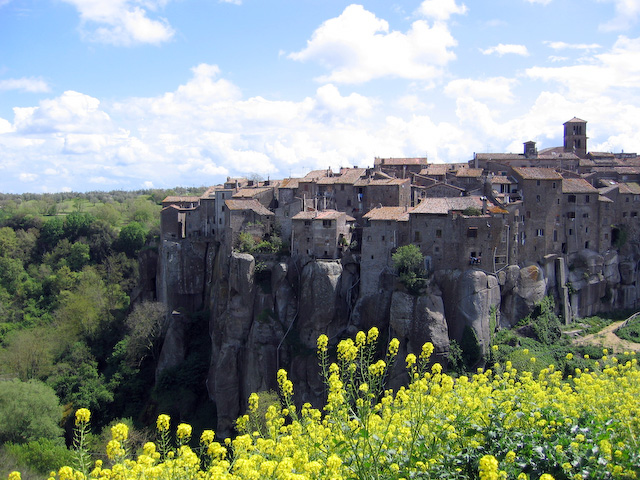 In the fourth century BC, the great Cimini Forest north of Rome was declared off-limits to the Roman army; historian Livy called it “pathless and terrifying.” In fact there were paths, but known only to the Etruscan enemy, whose mineral-rich, fertile homeland the Romans coveted. Eventually of course, like so many others, the mighty Etruscans fell to the emerging super-power.

The rugged northern slopes of the Cimini Mountains remain difficult to penetrate. So until recently, the unusual stone creations there were seen only by an occasional farmer or shepherd, who could but gaze in astonishment. All that has suddenly changed with the recent attention focused on Bomarzo’s “Pyramid.”

Is it an ancient altar? The grave marker of a revered prince? Who fashioned it, and when? With steps, platforms and niches chiseled out of a massive boulder, it’s hard to classify, according to archeologists. In fact this region conceals a multitude of prodigious works in stone that have just begun to be systematically studied. Some are clearly Roman altars, complete with Latin inscriptions. Others are tombs, ranging from pre-Roman times to the middle ages. Fortifications, tunnels, cisterns, brick kilns, towers, churches, cliff dwellings... tucked away in the forest by the hundreds.

Standing watch nearby are the medieval towns of Bomarzo and Vitorchiano, perched on promontories between deep gorges. Both may have originally been Etruscan settlements, and later Roman. The steep terrain and thick vegetation here have discouraged development — and visitors — for centuries. But in earlier times this was a busy trade corridor linking the coast to the Tiber Valley; many remnants of ancient roads still exist1. To these ancient people the abundant supply of fallen boulders proved irresistible: no other zone in the Mediterranean has more rock-cut altars and inscriptions2.

In the middle ages, the rugged terrain provided a degree of isolation from the tumultuous events of the world. The forest conceals haunting remnants of stone churches, rock graves and hand-hewn hermit caves opening on vast canyons. In 1970, a striking medieval tower near Bomarzo was adopted as a personal retreat by filmmaker and poet Pier Paolo Passolini. It remains one of the region’s distinctive landmarks.

There are also two celebrated Renaissance gardens: Bomarzo’s Sacred Wood (also known as the Park of the Monsters) and Bagnaia’s Villa Lante. Both offer precious glimpses of the peculiar artistic and philosophical mores of the period.

Thus the historical panoply of the region spans a great breadth, from evocative traces of the remote past to sublime jewels of the Renaissance. Lovely paths abound, for the most part known only to locals and hiking clubs. It’s a wonderful place for a walking trip. 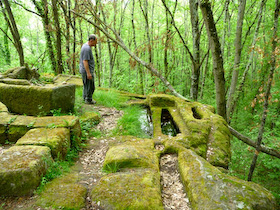 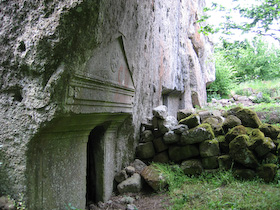 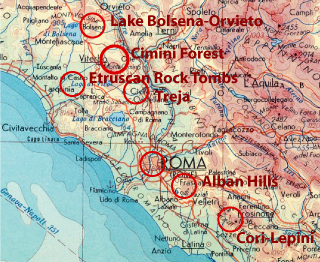 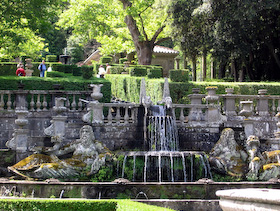 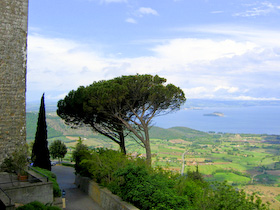 A minimum of four participants is required (maximum six). Other lodging options may be available on request. Single travelers: a 15% surcharge may apply depending on choice of lodging. Additional stays in Rome, Orvieto or Lake Bolsena can be arranged. Write to me for more information or to book – a $300 deposit will hold your space.

This trip is in the Province of Viterbo north of Rome.
Maps and more details soon - stay tuned!

Special thanks to Clelia Maio of Viterbo for introducing me to this area five years ago, and to Selita Capozzi and Ennio Cadamuro of Casa Selita B&B, Orvieto, for providing precise directions to the pyramid.

Photos of this spring’s adventures in Italy.

Want to create your own Italian adventure? Get inspired at www.romanroadwalks.com